µS-Control 6C measuring device for the electrical conductivity of water.

µS-Control 6C is a conductivity meter for monitoring the electrical conductivity of the fill water when producing deionised water via a filling unit.

Engineered in Germany the precise temperature-compensated measurement allows the µS-Control 6C to be used where extremely accurate measurements are required when producing ultrapure water. 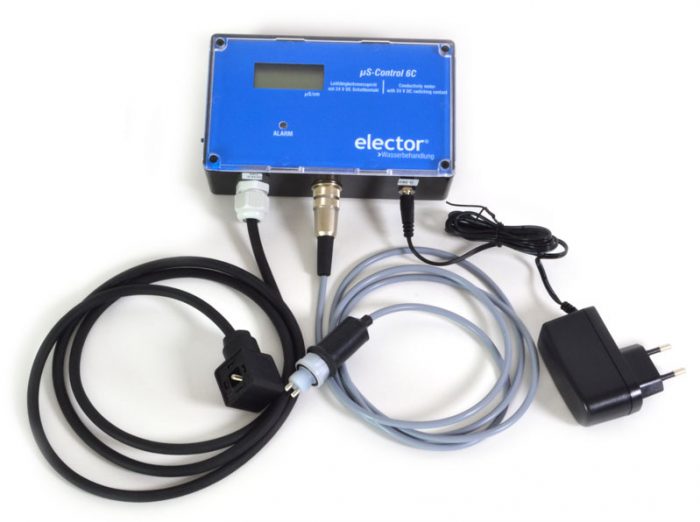 An increased electrical conductivity and low pH could impact the systems protection against corrosion, µS-Control 6C ensures this is not possible and the system fill water remains in the optimal range. 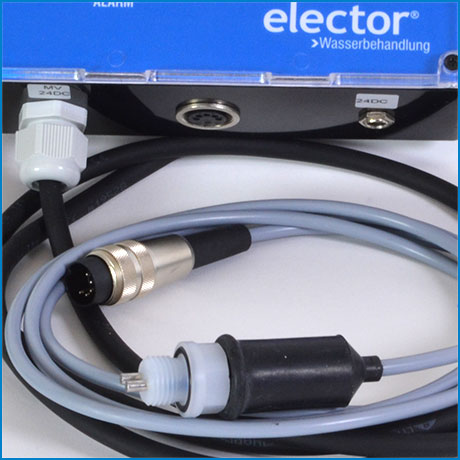 Made in Germany and consisting of high-quality electronic and mechanical components for accurate operation when producing ultrapure water.
A temperature sensor is even incorporated into the sensor pins, which are made of high-quality stainless steel, which enables temperature-compensated measurement. 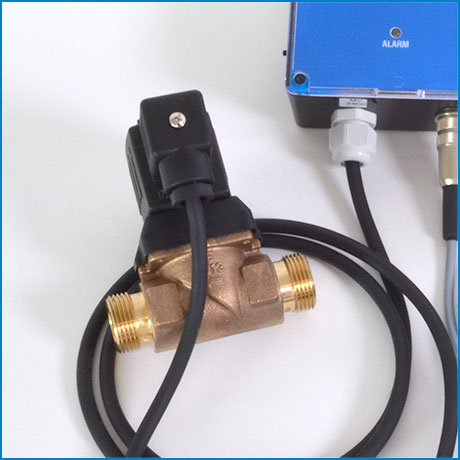 The conductivity meter µS-Control 6C is usually used to monitor the capacity of ion exchange cartridges for the complete desalination of water.
To avoid undesirable water quality in the downstream application, a solenoid valve can be switched via µS-Control 6C, which shuts off the water flow in the event of the pre-set limit value. 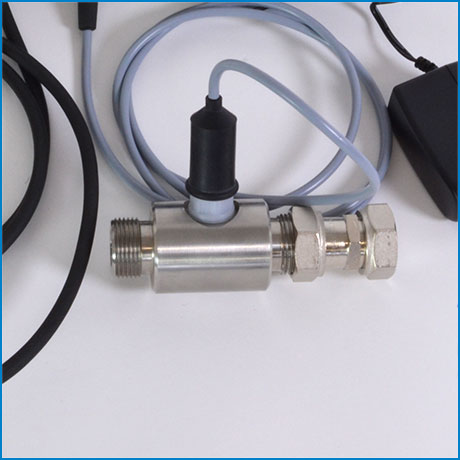 In addition to the conductivity meter, we offer flow cells made of PVC-U as well as stainless steel with sensor mounts. These can easily be connected to the ion exchanger cartridge for full desalination.
With the flow cell measuring the electrical conductivity of water this guarantees undesirable water doesn’t contaminate the system.

To avoid undesirable water quality in the downstream application, a solenoid valve can be switched via µS-Control 6C, which shuts off the water flow in the event of the pre-set limit value. In addition to this the BMS can also be triggered to raise an alarm that the resin has expired and also highlight a potential leak or maintenance issue onsite.

The device has a digital display of electrical conductivity with a display range of 0 – 199.9 µS/cm. µS-Control 6C is particularly suitable for use and control with a water filter system for full desalination. The conductivity meter has a 24 V DC switching contact, which is de-energised when the switching point is exceeded closing the solenoid valve and triggering the BMS system.

The µS-Control 6C conductivity meter can be used in all areas of application where ion exchange cartridges are used for full desalination.